The experiences gained at research and education are applied in projects for industrial partners. We have modern apparatuses and experiences, we realized many industrial projects for our partners Škoda Auto, Robert Bosch, UNIS, ŽĎAS, Alucast, Honeywell etc.. For our customers, we developed, produced, and delivered various types of unique apparatuses and devices for testing products and processes, measurement, and data logging.

What can we offer to industrial partners? 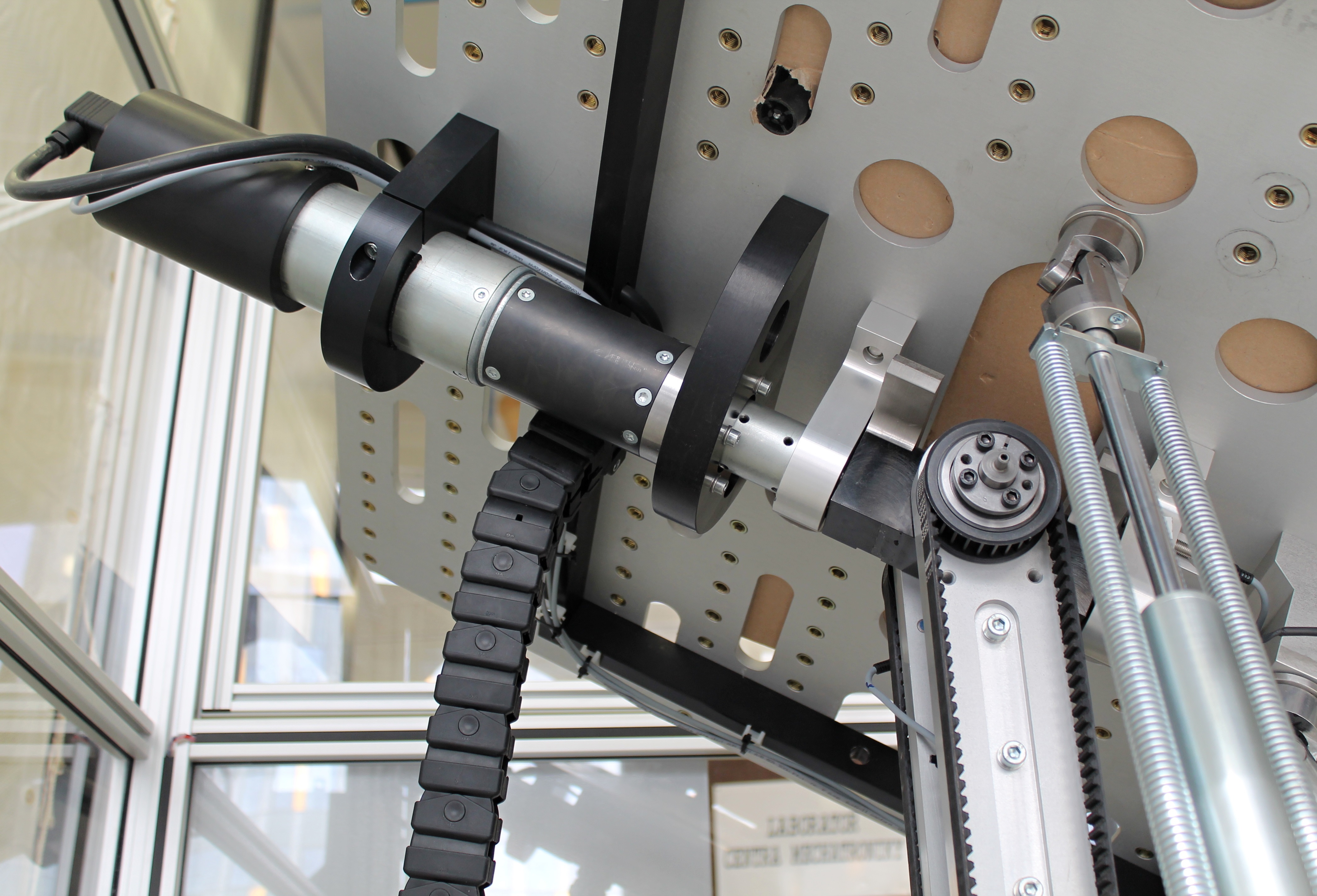 The device can simulate the acceleration up to 7 ms-2 which corresponds to the acceleration of from 0 km/h to 100 km/h in 4 seconds. The simulation is realized by tilting the tested object of the weight up to several dozen kilograms which change the direction of the gravity vector on the object. The device was developed for the BOSCH company. It meets the requirements of Declaration of conformity with European regulations and standards. 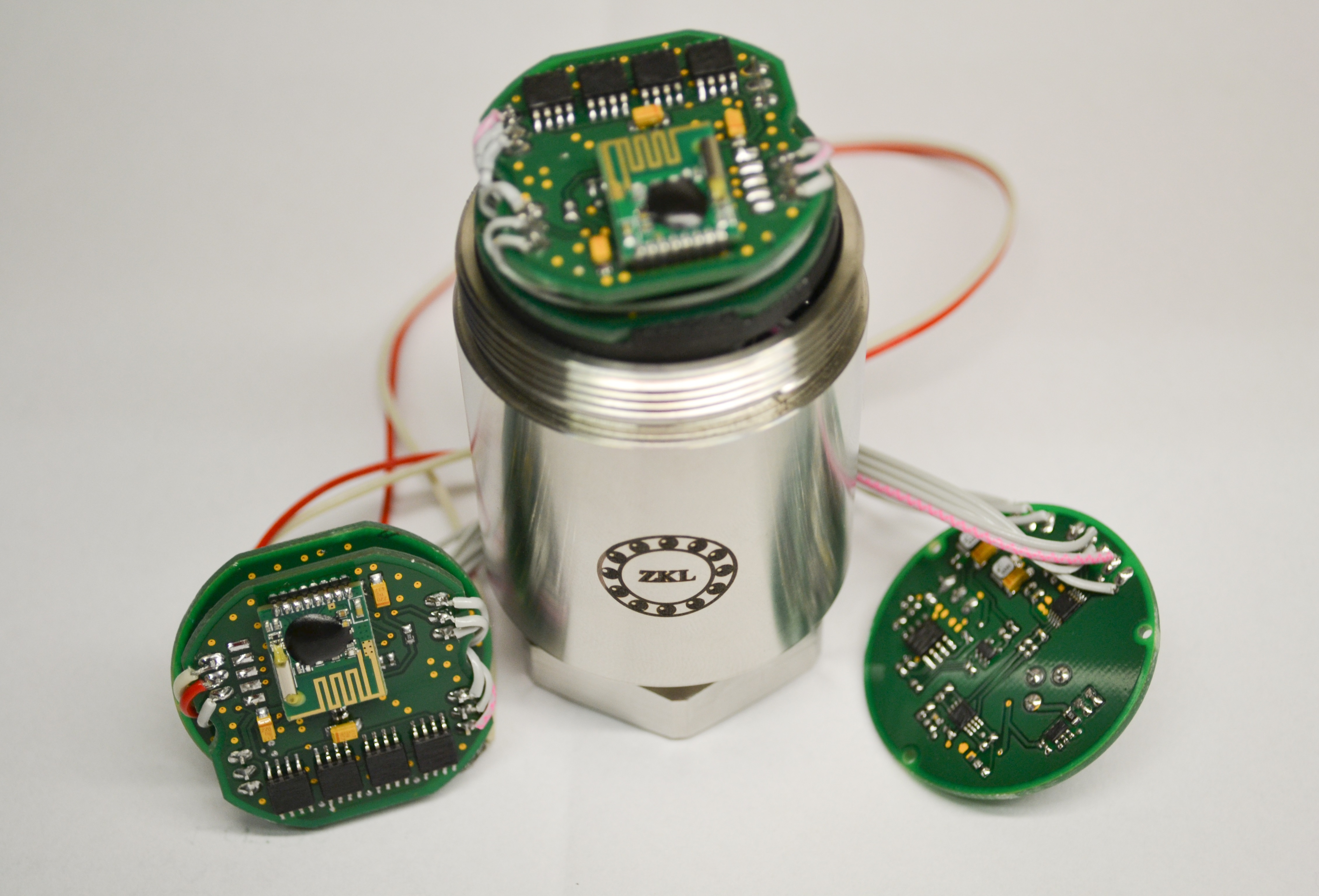 Our laboratory designed wireless acquisition module for modal analysis according to the demand of the ZKL company to perform a continuous monitoring of vibration on the large machine crankshafts. The device can perform acceleration measurements in the ranges from 1 to 1000 g. The internal battery allows the device to operate for one year. The raw signal is transmitted from the device to a computer for its further processing. 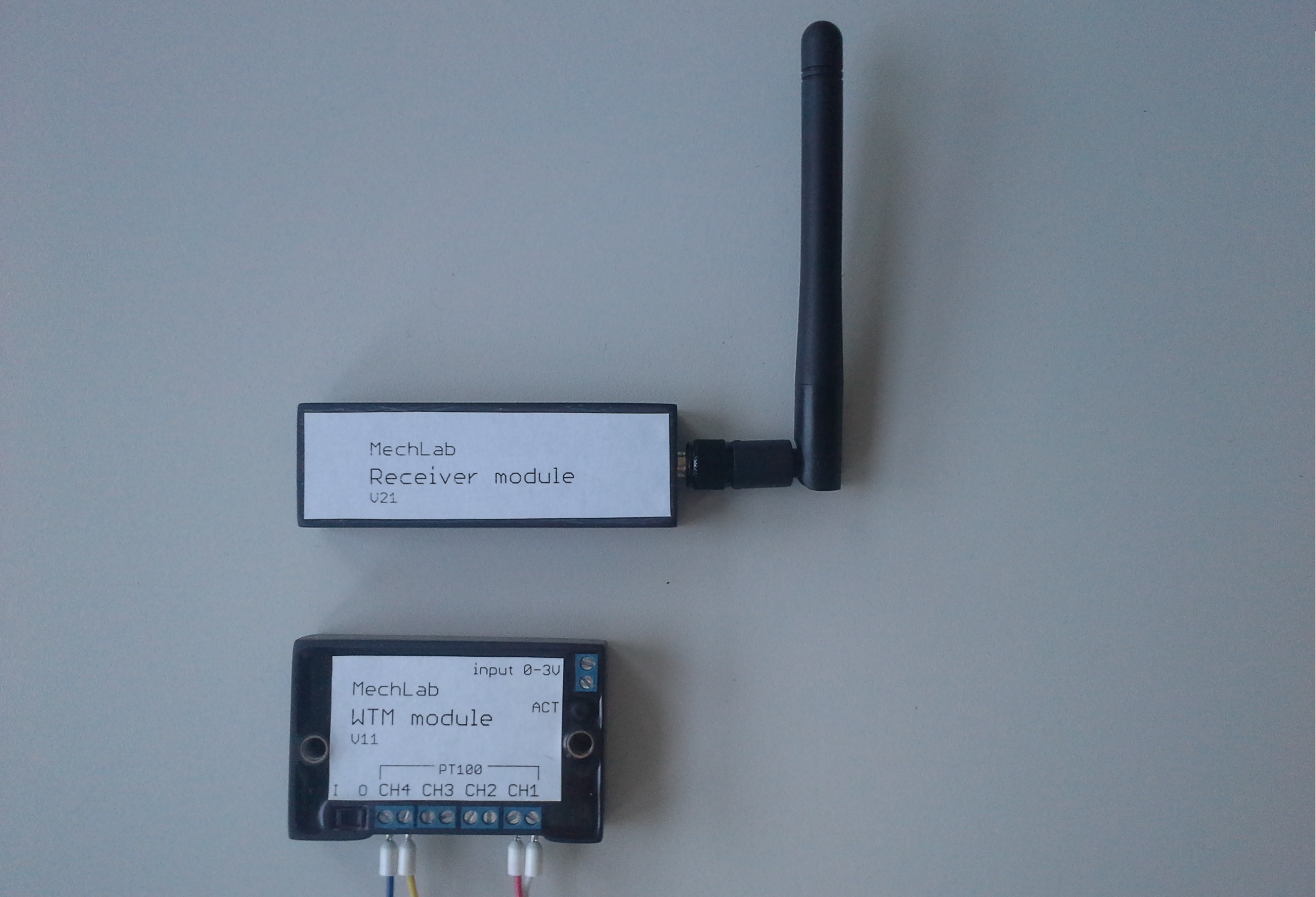 Temperature measurement, e.g. on rotational parts of machines, requires a wireless signal transfer. As we could not find any suitable commercial product that would meet our needs we developed our own miniature modules with resistance temperature sensors. The signal from the modules is wirelessly transmitted to the receiver unit which communicates with the PC via USB or RS-232. The application is developed in the LabView environment. 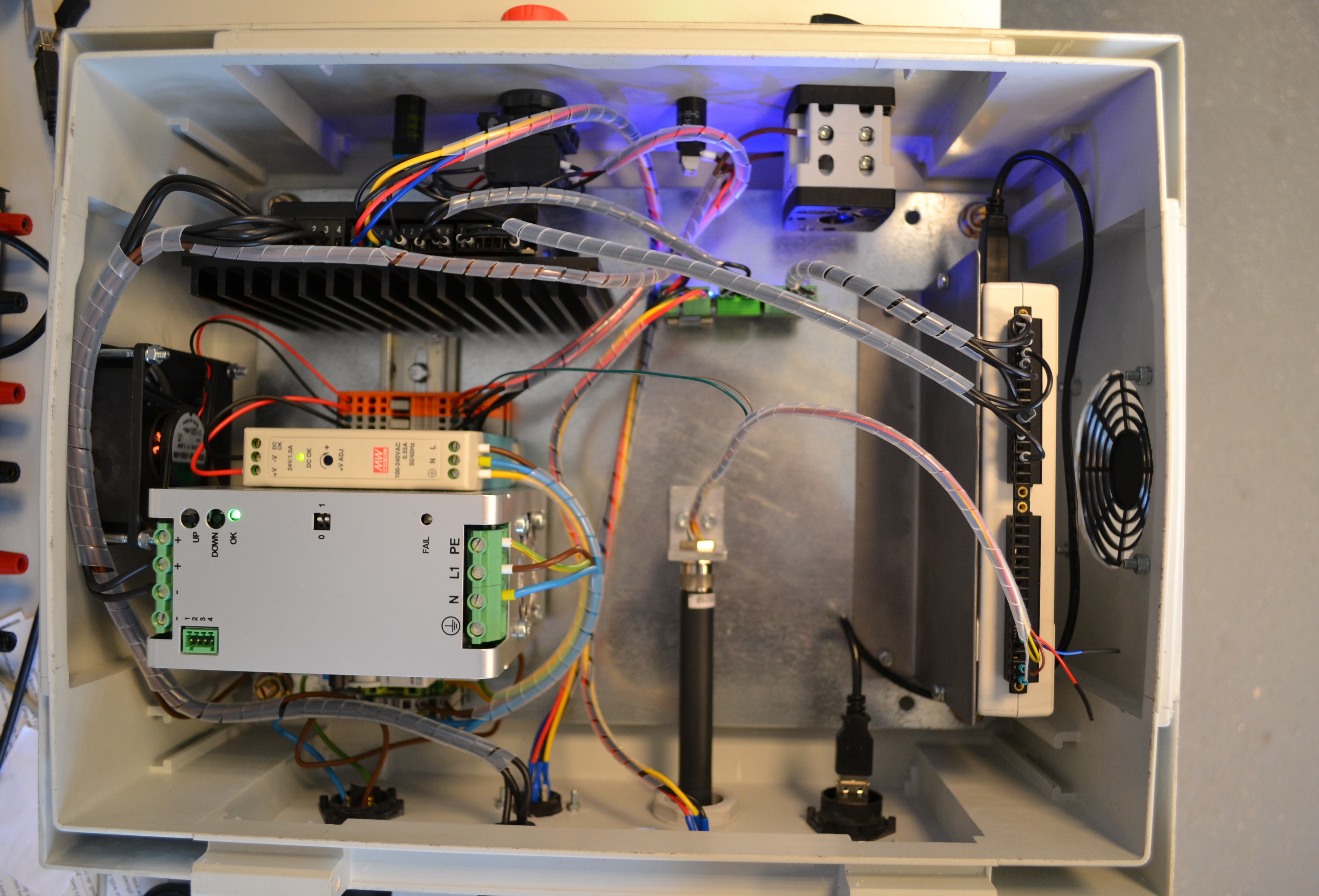 The device was developed in cooperation with the Prototypa-ZM Company. Our laboratory was asked to develop the electrical part and the control application for PC and to cooperate on selecting the sensors and an electric drive. The accelerated aging proceeds at defined temperature and humidity, in a slowly rotating drum for 10 days. The service application was developed in LabView environment. The device for quality control of the manufactured fuel pumps was developed. The device measures magnetic field around a fuel module and evaluates it. The device complements other control mechanisms in the demanding industry sector, striving to reach the “one faulty product per million produced” limit. From 2014, the device has been used in the test laboratory of the BOSCH company in České Budějovice. 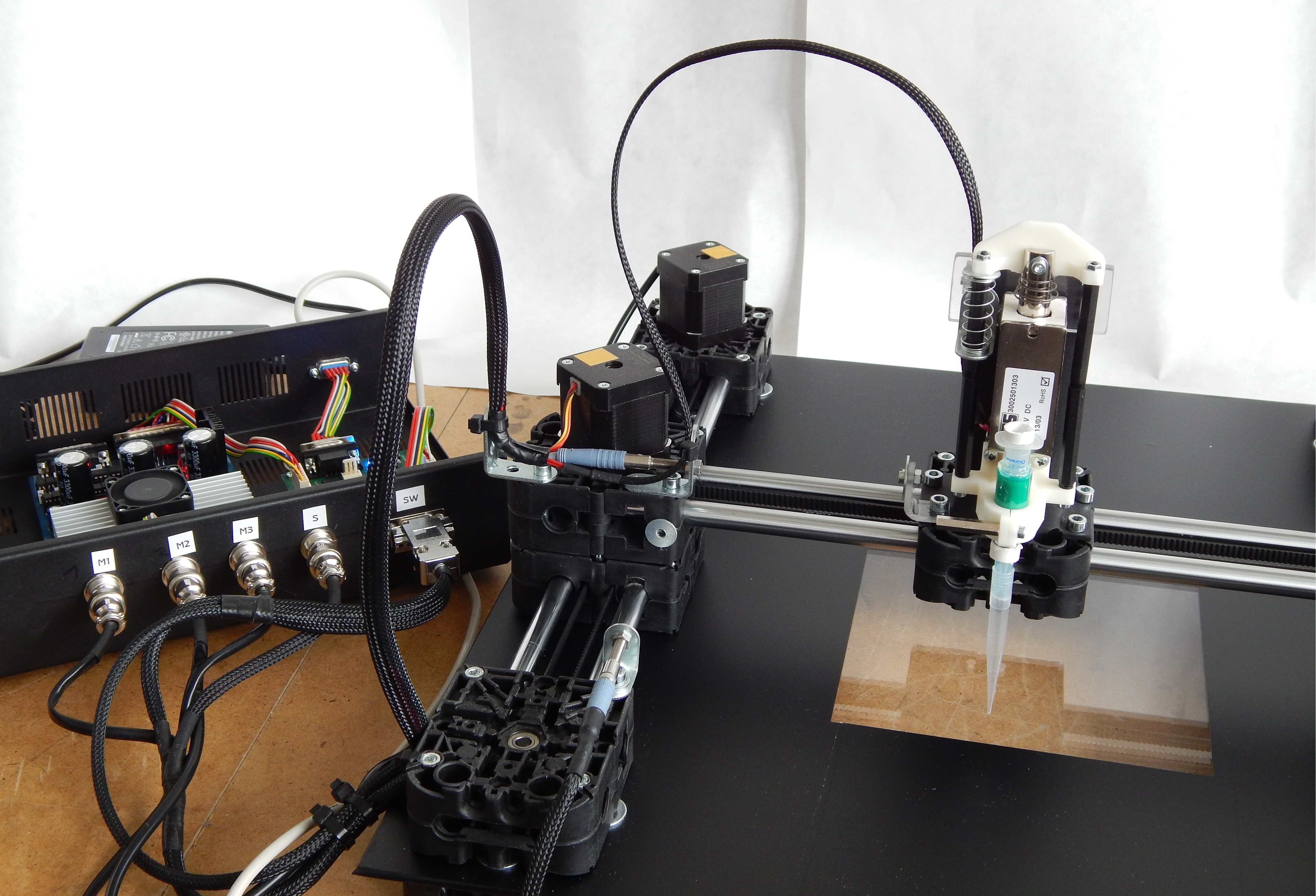 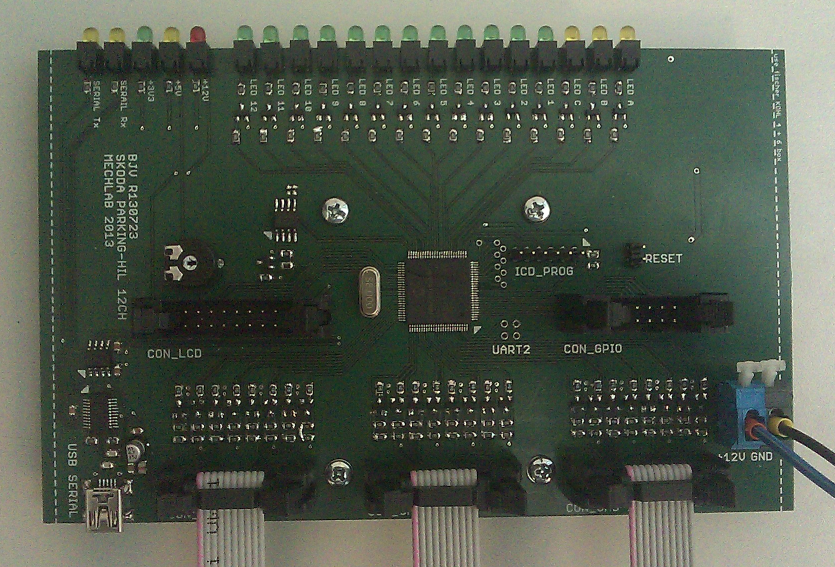 The project continues in an antecedent project of HIL simulation of the parking assistant control unit. The compact RIO is replaced by a microcontroller simulating the communication of the sensors. The unit is designed to test up to 8 channel PDC. The 12-channel version is also supported, so the parking assistant for automatic parking into a cross/lengthwise space can be tested. 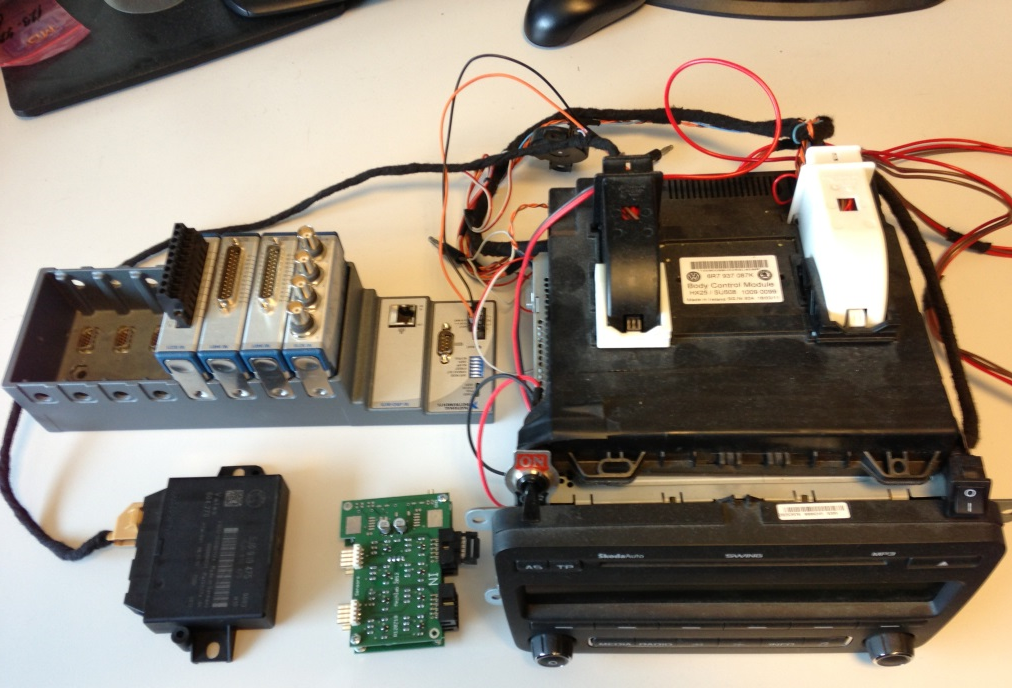 The parking assistant control unit was HIL tested with the use of simulation of ultrasonic parking sensors with a virtual barrier. The barrier model is generated on the PC according to the operator´s orders and the data about the barrier are transmitted to the RealTime platform Compact RIO from National Instruments company, where a model of communication with the parking assistant control unit is run in the FPGA chip. 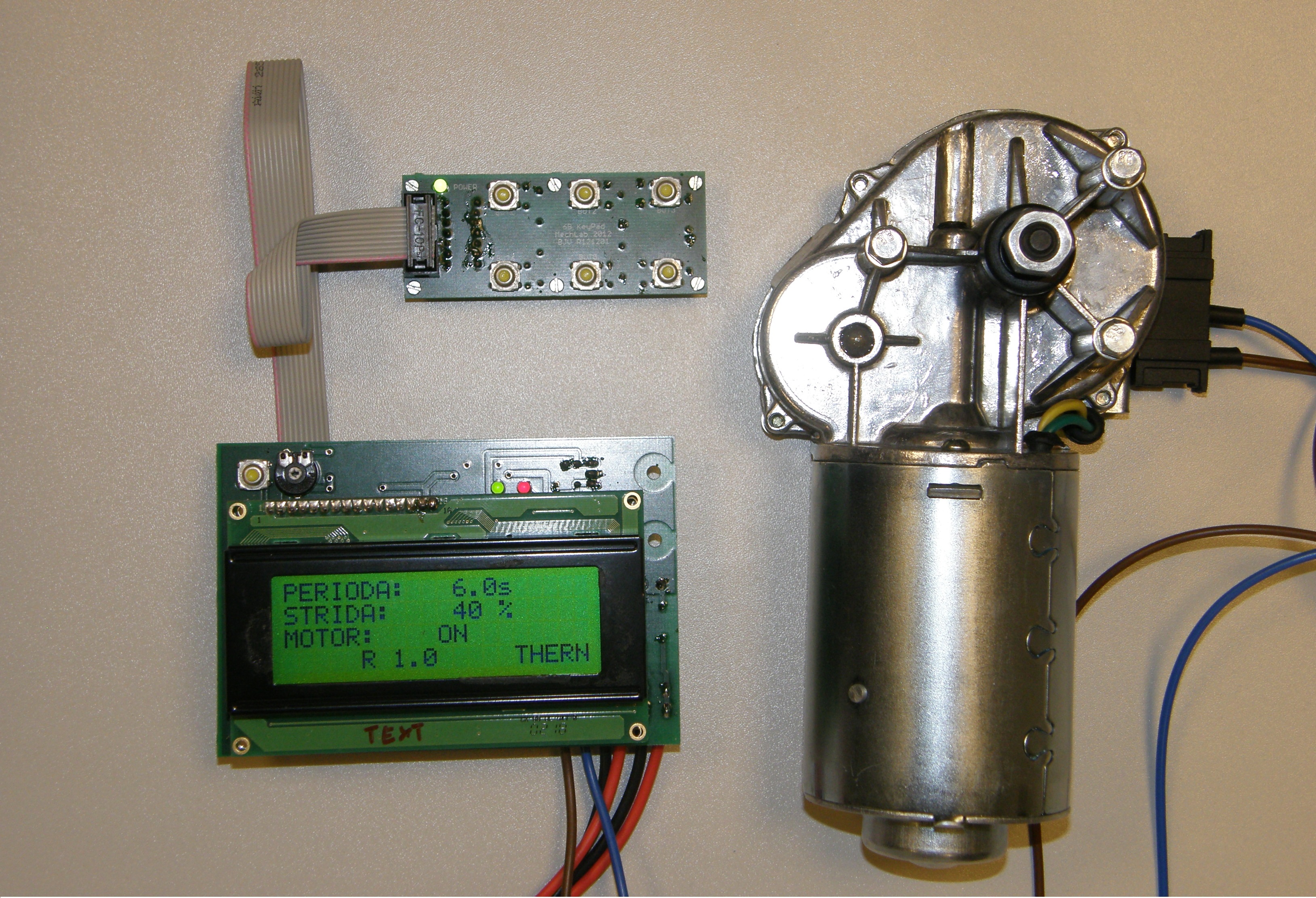 The control unit for the stove with fuel transporter (První technická společnost s.r.o.)

The control unit for a stove including the fuel transporter drive is realized on 16-bit microcontroller dsPIC and controls the heating unit load according to the fuel supply set by a user. At the same time, the unit saves the operation information to a memory to keep them in the case of loss of power supply. The device was developed for the První technická společnost company. 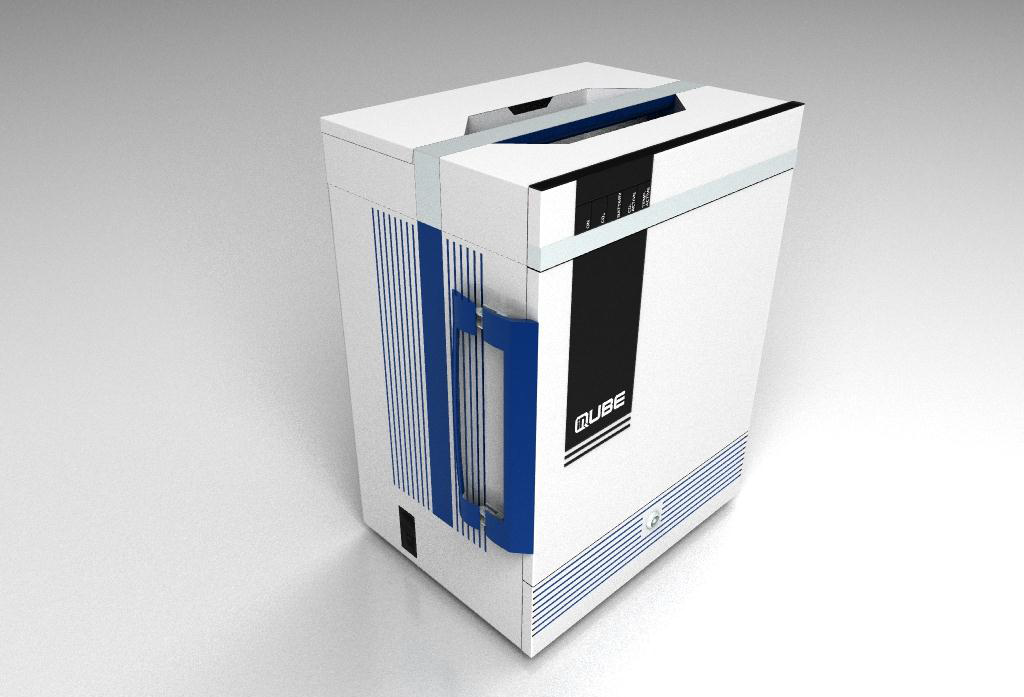 The incubator was designed for biological samples storage at constant temperature and CO2 level. Its construction was realized in the Institute of Machine and Industrial Design at the Brno Technical University. In our laboratory, the incubator was equipped with a control electronic unit. The temperature is controlled by Peltier elements and the CO2 level by a gas solenoid valve. The incubator can be powered by 230V AC and car adapter. 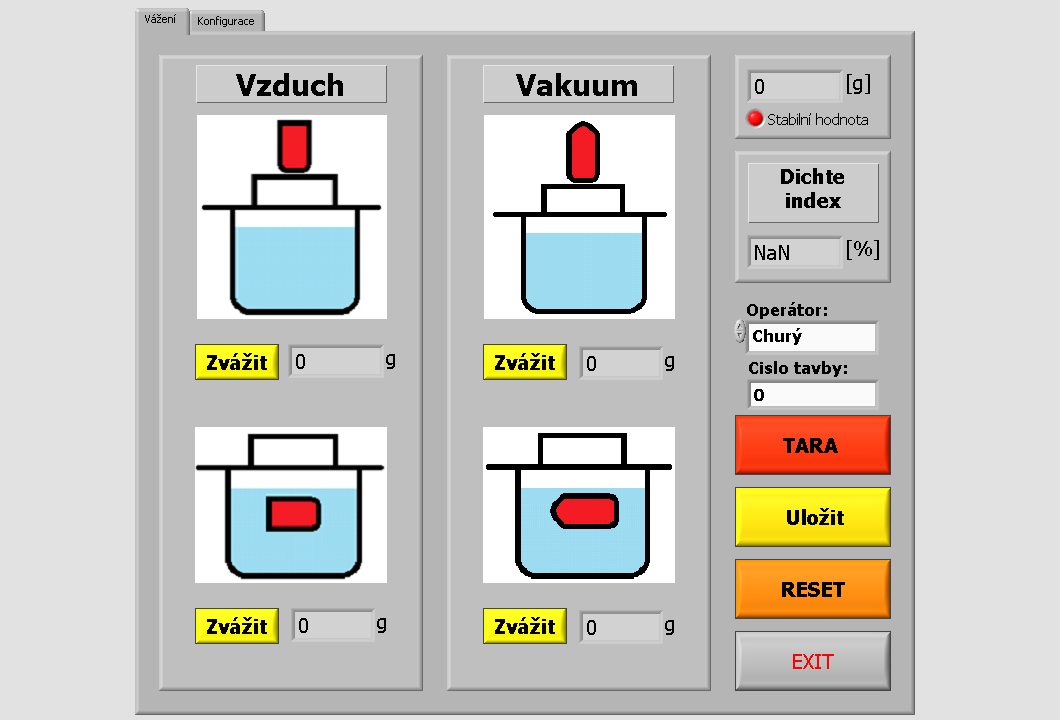 The application in LabView communicates with digital scale KERN PFB via RS232 link and provides instructions to an operator weighing a sample at different conditions. Based on the data measured, the SW assess the „dichte“ index. The measured data are saved into a file. The SW was developed for AluCast Tupesy company. 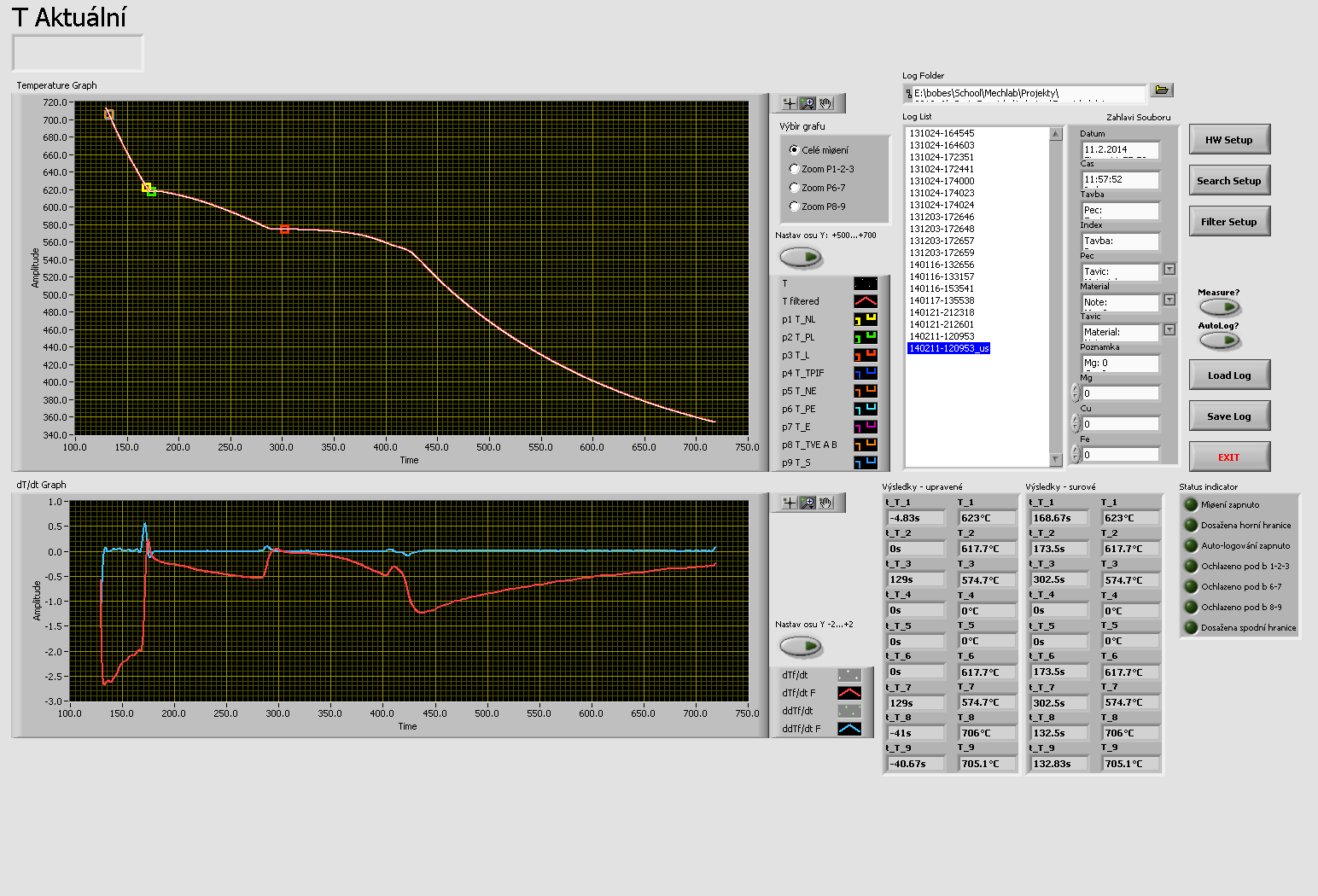 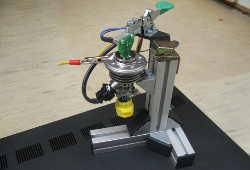 The device prototype serves to diagnostic of the diesel engine injection nozzle. On the basis of measurement of voltage, amperage, and vibrations on the nozzle, the information about the period of opening and closing of the nozzle and other dynamic parameters of the system are obtained. The prototype was developed for the needs of Quality Control Laboratory RBCB/QMM4, Robert Bosch company, České Budějovice. 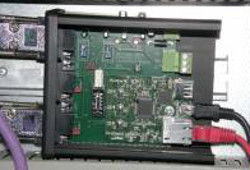 The device collects and saves data from the controlling units of ageing ovens, annealing ovens, and other devices. The data are saved into the external USB flash memory and then they are shared to a company information system via a network connection. The device prototype was produced for Alucast company in 2011. 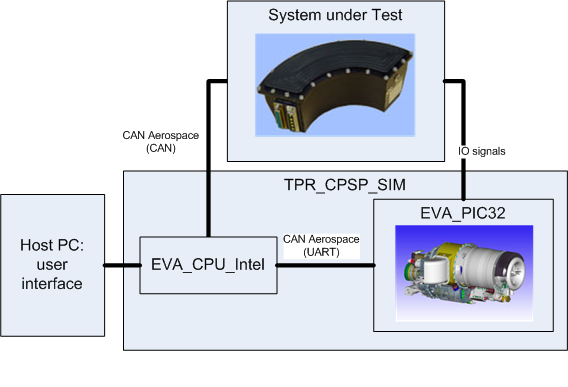 Programming of HIL simulator for testing the control units of turboprop and turboshaft engines for the UNIS company (UNIS a.s.)

The device for testing the control units of turboprop and turboshaft engines was developed. The electronics was designed in the UNIS company and our laboratory programmed 32-bit microcontroller PIC to analyze and generate the signals necessary for the tested control units of aircraft engines, to calculate a model of the particular engine and to communicate with the service application on the PC.